Once again, I’ve found myself shouting at the radio!  This time, on BBC 5 Live’s breakfast show, it would appear that there is a suggestion that ‘benefit’ claimants should receive their money by way of a cash-card that will only allow them to spend money on ‘the essentials’.  A little more digging, revealed that this was proposed by a Conservative MP in the House of Commons on the 18th December who proposed the introduction of a ‘welfare card’.

The aim of this ‘welfare card’ is to prevent those in receipt of some benefits spending this money on luxury items including ‘cigarettes, alcohol, Sky Television and gambling’ but instead will allow them to purchase essentials such as food, clothing, energy, travel and housing’. 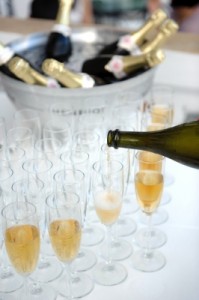 Is this a good idea?  Will it work? I doubt it!

It appears to me that many ideas proposed by governments around the world lack one thing:  consideration of what we, everyday people, will do to get around the latest idea that is meant to make things better for us.

In my business improvement training, I encourage people to use tools like Failure Mode and Effects Analysis (FMEA) to test their ideas for new ways of working.  I get them to play devil’s advocate with themselves, with their own new ideas.  I ask them to think of ways that, if these new processes were imposed on them, they would avoid changing, or even better, how they could prove that they were actually worse than the status quo.

I can think of many examples of the unintended consequences that result from governments making changes to ‘improve’ our lives, but my favourite has to be the requirement, that was imposed on General Practitioners  that all patients must be able to attend an appointment within 24 hours.  In order to meet this artificial and unnecessary target, many practices stopped taking appointments more than 24 hours ahead, ensuring that their statistics showed the government what it asked for, 100% of appointments were within 24 hours.  Did this improve things?  Of course not!  This is not what the government had intended, and not what the general population actually wanted.  Let’s face it, not all appointments are urgent.

So, whatever the change you want to make, put yourself in the shoes of the saboteur and see how you could break it.

I wonder if any MPs read this…