Your design team’s first job is to understand what they know about the existing process for staff appraisals.

You must conduct a systematic evaluation of the current system, why it is what it is, what came before it and why it was changed.  Creating this review of the system and its underlying principles and assumptions is critical to the success of anything that comes after it. 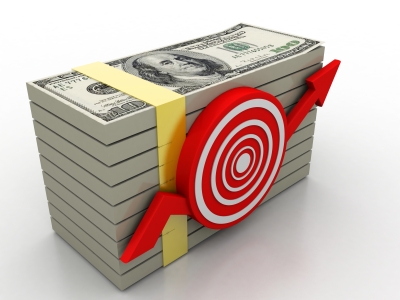 Every workplace is subtly different, and it is up to you to answer the five questions that will give you the clarity you’ll need to progress.

What are the purposes, aims and objectives of the current appraisal system?

Care must be taken to avoid lengthy and unnecessary discussions about personal experiences of the appraisal process, and you need to keep the team focussed on getting the details of the intention of the process down on paper for all to see.  In doing this, you are allowing them to see the context of the part of the process on which you are focussing.

What does the current system deliver in terms of outcomes and experiences?
What are the features and characteristics of the current appraisal system?

Here, you’re looking for the team’s understanding and experience of the current process.  I feel that by asking these two questions together, you can capture more information than by asking them separately.  Encourage the team to think about this in different ways by changing the question to probe the team’s experiences.

You may get a long list of answers, and that’s good.  You should be able to group these answers into specific themes.  Hopefully, you’ll get a mixture of practical functions, such as ‘appraisal forms provided by HR‘ and ‘there are performance ratings or scales‘ and more feeling-based views like ‘causes apprehension‘, ‘focusses on weaknesses‘ etc.

The final questions address the purpose of the appraisal system.

What are the assumptions underlying the appraisal process and how are they linked to the outcomes and results of the process?

Here you trying to test the conventional wisdom that appraisals deliver what they’re intended to deliver.  You’re looking for the evidence that either supports the assumptions of raises concerns about the validity of the assumptions.

Again, one of the purposes of this step is to help some of the team to unlearn what they believe to be true.  You can use the material gathered here for wider communication when the time comes.

Now you’re well on the way to understanding the whys and wherefores of conventional wisdom on the use of performance appraisals.

Ready to move on to design yet?

This is not going to be the start of a step-by-step guide about how to become a Leader, but some thoughts about things I’ve seen that have made me stop and think.

What do real Leaders do differently to other people?  What is it that they know?  I believe the answer is simple: they understand the impact that they have on others around them and modify their own behaviour to have a positive impact.  They don’t use some standard, formulaic approach, they consider each situation and the people involved and start from there.

As far back as 1968, George Litwin and Robert Stringer published a book about “Motivation and organizational climate”.  Further work in this area, by numerous researchers has culminated in the development of an Inventory of Leadership Styles, comprising six different styles:

It is not enough to know about these styles.  Good leaders use a blend of these styles, selecting the most relevant style to the situation that they find themselves in.

Let me give you a scenario and see if you would do the same as me:

You walk into your workplace and it is a bit of a mess; maybe there’s been a big delivery of stationery and there’s boxes and packaging on the floor.  Shortly after arriving, a colleague burst into your office in a state of angry panic.  You have someone from the corporate headquarters visiting you, the Chief Executive or someone similarly senior, and the visit is today, in 15 minutes time, and your staff are working in the “worst looking office in the building“.

What do you do?  Panic setting in already? Should you run into the office and bark orders at the team (coercive style), in order to get it sorted in time?

You might expect me to tell you to stop and think of a way to calmly walk in to the office and gently persuade your staff to tidy up a bit.  WRONG!

My answer is, as always, “it depends”!

It might be that storming in there and ranting about the mess MIGHT be the right thing to do.  But you must stop and think about the impact this will have on them.  Are they likely to respond positively to this approach or are they going to be wound up by you passing on your anger at being dropped in it at the last minute, because that’s how it may feel to them!

How would you know whether this strongly directive approach would work?  If their jobs, their livelihoods depended on tidying up the office, then it might be ok; if you were trying to get them out of the office during a fire, you’d hardly be likely to take the softly, softly approach!!

In the absence of serious consequences, the calm considered approach would work for me.  Set the scene (authoritative), tell them what’s happened, tell them you’ve been dropped in it, give each of them a specific job to do to office organised (coercive) and lead by example (affiliative).  That blend of styles would probably get the job done with the least damage.  Once you’ve got through the crisis, it might be best to ask them to come up with a plan to avoid the situation in the future (democratic).

Now, what would you do?

I guess that before I give you more of my thoughts on this, you need to think about what you’re trying to achieve.  If by relating performance to pay, you are trying to motivate your people to work harder, then you should first understand whether they’re driven by money!  If they are, and you can really measure their performance, then stop reading this post and carry on as you are! 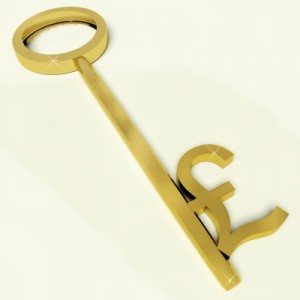 Still reading?  Good!  What I’m about to say may be a little controversial, but bear with me.  Improving the performance of all of the individuals in your company might not improve the performance of the company!  You can have everyone working as hard and as they possibly could, using whatever means you can think of.  Unless they’re working together, all pulling in the right direction, then they may as well not bother.  Putting it that way, may make more sense to you.  W. Edwards Deming wrote in “Out of the Crisis” ‘A new book explains how to “Motivate your people to work at top speed!”  Beat horses and they will run faster – for a while.”  This book was first published in 1982, so it is still a surprise to me to still see performance and reward being used to “improve company performance”.

Instead of focussing on the performance of the people, I encourage you to look at what it is they actually do.  This might be uncomfortable for both you and them to start with, but if you can manage to convince them that you’re looking at what they do, to be able to see how you can help them to make their job easier or less frustrating, then you’ve taken the first step on the business improvement ladder.  More about that will appear in another post.

Back to the relationship between performance and reward.  If you already link performance to pay rises and bonus payments, you need to make some changes as soon as you can.  If your company pays bonuses based on performance, find a way of relating them to the performance of the company; larger organisations could split this down to the performance of business units, but this also has risks.  Whatever you do, make sure that the performance measures are seen to be fair.  The biggest risk is that business units may compete against each other, rather than working together for the good of the business.  Keep it simple, focus on the bottom line; the best-case-scenario is that everyone in the business receives the same bonus, either in percentage terms, or in monetary value.

What to do about the performance of individuals?  Use your Leaders to lead!  Train the leaders at all levels in the business to understand what leadership is, and how it differs from management. Give them the time to coach their teams.  Get the teams working together.  Creating the right environment, from the front-line to the boardroom, with the right leaders in place is the only way forward.

I’ll leave you with this thought.  If you take the time to look at the processes that operate in your business, and listen to the people involved in those processes, then you’re heading in the right direction to move your business forward.

Go on, take the first step!